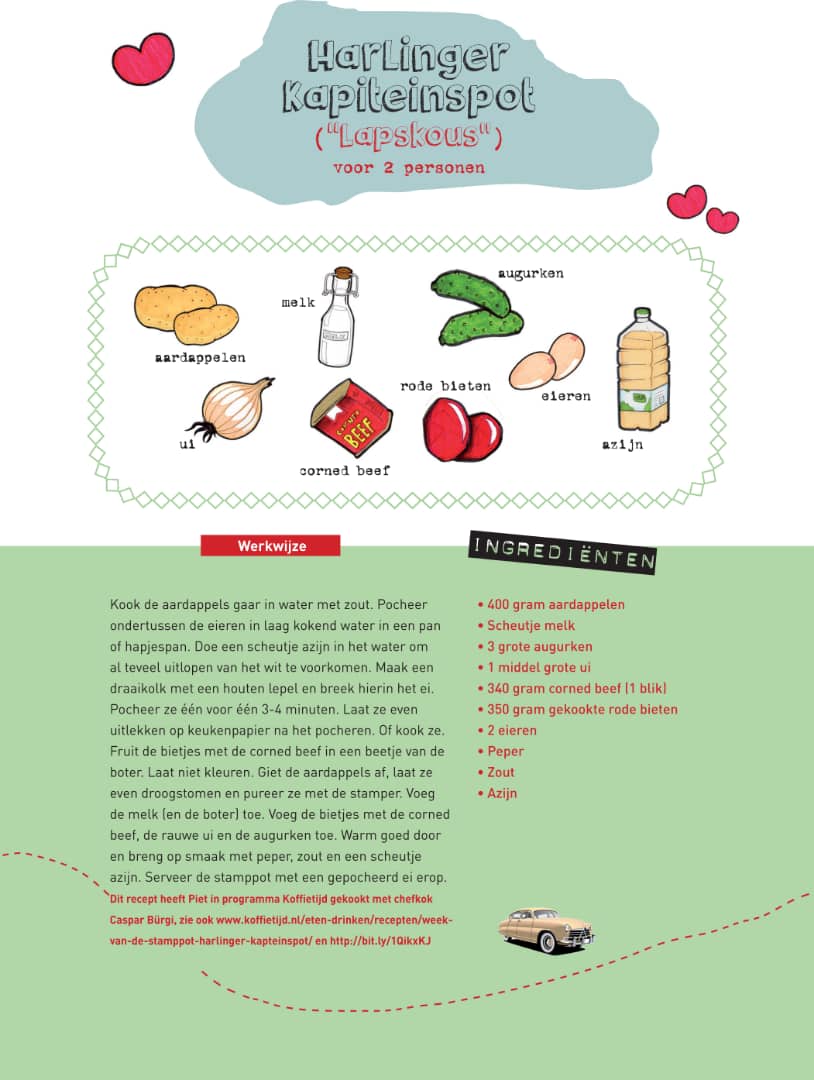 Two families lived in Friesland, one in Tjerkgaast along the ever windy ‘strjitwei’ (road) and one in Gaastmeer next to a big lake in the region called Gaasterland aka ‘the land of the Gaast’.

Young and curious Pieter Jan VanderGaast from Tjerkgaast aspired for a more adventurous future than being an eldest son of a farmer’s family would have in store for him.

Smart and hardworking eldest daughter Jeltje Cnossen from Gaastmeer left Friesland because of a forbidden village romance, fleeing the conservative mindset that frowned upon mixing between religions. As the saying went in those days; “Twee geloven op 1 kussen, daar slaapt de duivel tussen”

The Labskous dish is known in Friesland as ‘Harlinger Kapteinspot’ and was invented by sailors in the 16th century who used the ingredients available for them on their long trips.