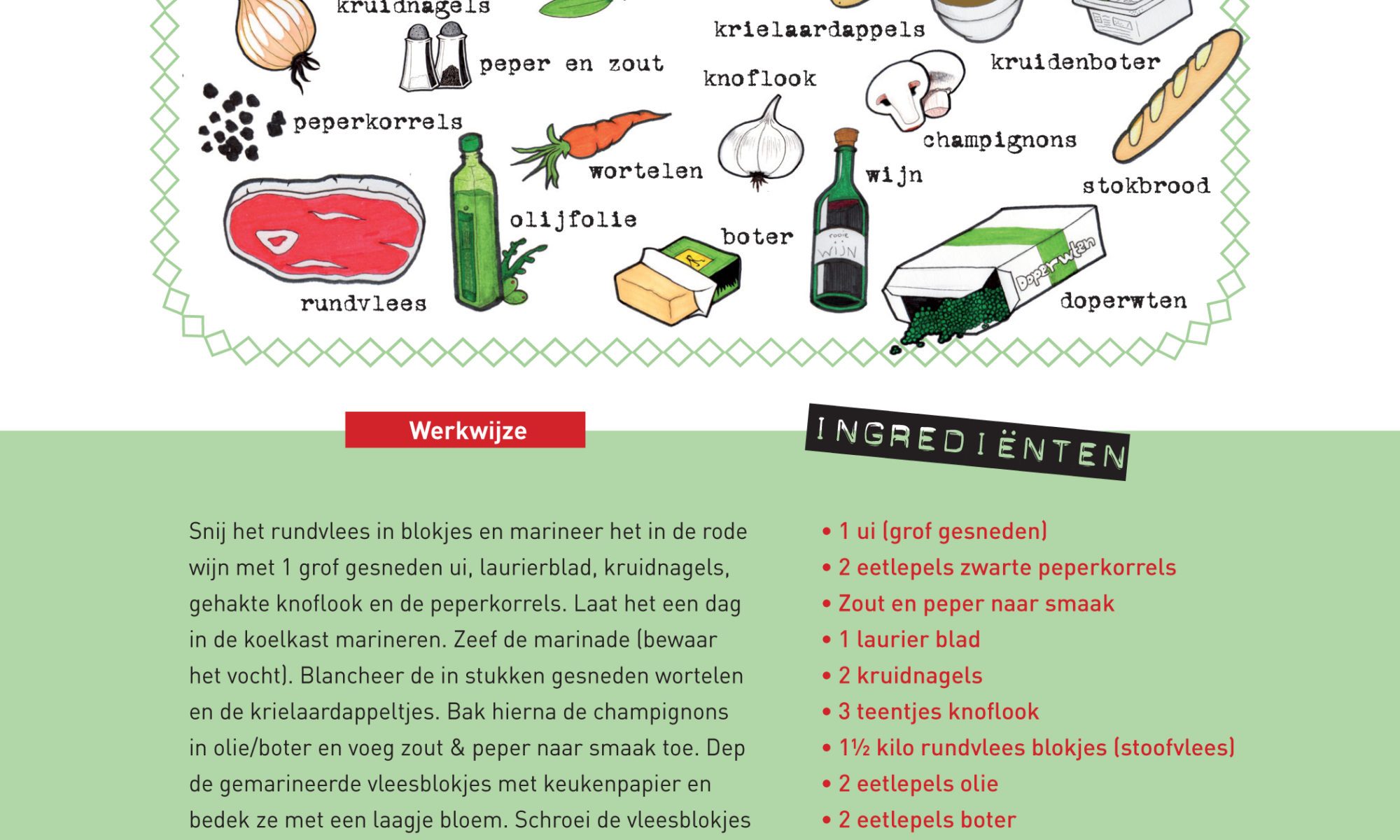 The VanderGaast-Cnossen family ran a hotel in Groningen in the north of the Netherlands. After the first seven though years Pieter Jan’s creativity and determination combined with Jeltje’s savviness and charm finally brought them the well earned rewards of their hard work.

Hotel de Horst provided the platform for their famous ‘Happenings’, annual events that had the glamour of the Voisin where it all began, and where Pieter Jan and Jeltje hosted movie stars, sports heroes and royalty.

Boeuf Bourguignon was a signature dish served in De Horst. As a recipe it dates back to the Middle Ages and it was popular partly for it slow cooking.

Being ‘boeuf’ (meat) conscience #bourguignon celebrates the ‘Bourgondier’ mindset that appreciates the finer things in life and that mindset can of course be combined with many #bourguignon combinations.