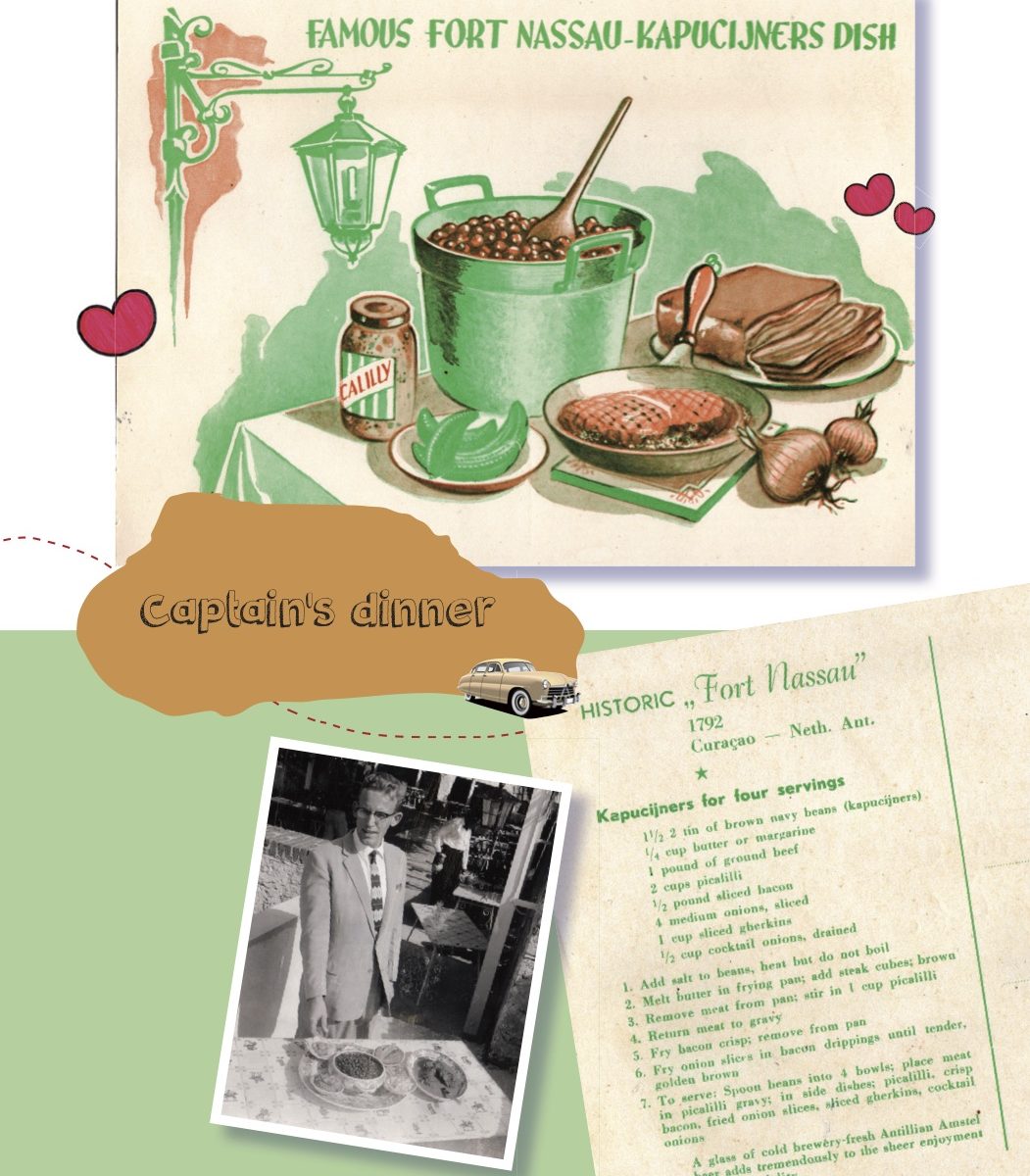 Strong willed and independent Jeltje Cnossen arrived by boat in Manhattan in the 1950’s. In the Village, surrounded by her newfound friends, she worked on her English and landed a job as a secretary on Wall Street.

Meanwhile Pieter Jan had a brand new Hotelschool diploma in his pocket and landed in the Caribbean for a few eventful years. A chain of events eventually brought him via Cuba and Puerto Rico to New York where he landed a post as manager of the famous ‘le Voisin’ restaurant.

This Voisin restaurant was not only the stage for the glamorous engagement party of Elizabeth Taylor and Richard Burton, in a ‘New York Minute’ it also brought together the destinies of Jeltje and Pieter Jan. It sparked a love that lasted a lifetime.

Captain’s dinner was a tradition on the ‘Holland Amerika lijn’, the ocean cruiser which had brought Jeltje and Pieter Jan to the States separately but had brought them back as a family in 1973.

On the first and last evening on board, traditionally the Captain dines with his guests and a typical meal is served with ingredients suitable for long sea travels, such as ‘kapucijners’ and #chickpeas.